Donald: How you can't Trump the Content Marketing Game
There is quite honestly nothing more frightening, off putting and infuriating than watching America's Presidential campaign. Or the preliminary stages of it, I don't know. The whole process seems to take longer than the presidential term. This time around, watching Trump and his followers from Canada makes me feel as helpless as I did watching HBO's Making a Murderer. I find myself yelling the same things at the screen as I did in response to the Brendan Dassey case. Such as "he doesn't know what he's talking about, he hasn't been exposed to anything outside of his immediate surroundings!" As well as "how can you take his word as truth!? He only has an IQ of like, 78". In the end, this is only the humble opinion of a Canadian citizen. It would appear that he's doing something right, as he seems to have found a notably large following. How then, is this rather brazen man gaining global recognition as a presidential candidate and such a tremendous group of supporters? [caption id="" align="aligncenter" width="800"] 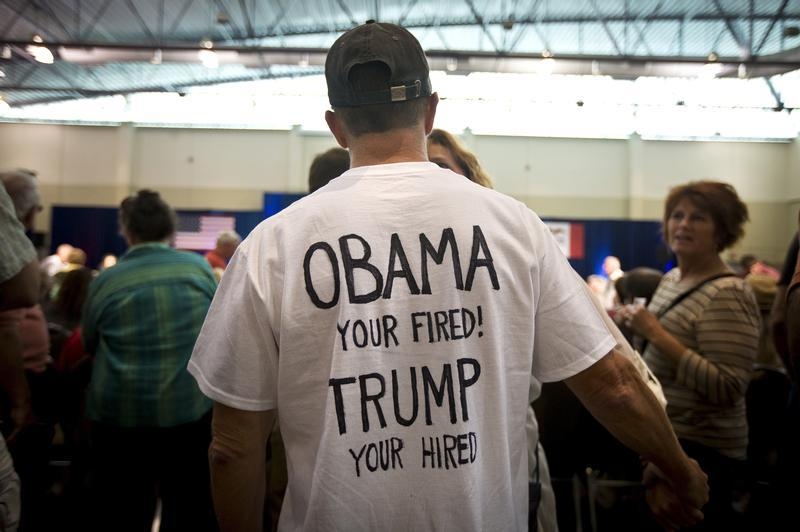 We didn't say what kind of supporters...[/caption] The inconvenient truth is that the man is a walking brand. Everything from his haircut, to his catchphrases have remained pretty consistent. He's also a wiz at self promotion, more than likely displaying the skills that he convinced people to pay for with his Trump University's Marketing 101. It leaves America and the world shaking their heads in amazement wondering if this is the face (and gravity defying "hair") of the new President of the United States? Has he beat the game with his promise "to make America great again"? Well, I don't know how they did it back in 2010, but 2015 had been dubbed the year of Content Marketing, and 2016 shows equal favouritism towards the approach. Trump's idea of Content Marketing is a hit and miss at best, so here's what he's doing right, and where he is straight up missing the mark.

"Content marketing’s purpose is to attract and retain customers by consistently creating and curating relevant and valuable content with the intention of changing or enhancing consumer behaviour."- Content Marketing Institute

As described content marketing is creating valuable content that will enhance or change consumer sentiments in your favour. If Trump is getting anything right, it's  knowing his ideal audience and what they want. His political platform and stances are short and... memorable. For example, his views on ISIS, mainly that he would "bomb the s--- out of 'em,"(Business Insider). He has drawn a distinct line between who he thinks are "winners" and "losers". Speaking your mind without restraint is the act of a "winner". He has no time for political correctness, and prides himself on that fact. This is what his followers are craving and demanding. They want a winner for their changing country where they struggle to maintain the beliefs that their nation is "great". They're angry that newly embraced equal opportunity doesn't assure them positions of power and they're looking for someone to blame. Trump provides this.

I know satire finds its root in truth, but this is eerily similar to a Trump rally.[/caption] He's also creating content appealing to the patriot folk that just melt at the sight of little girls sporting their country's colour and spirit. This video of the young performers essentially singing his mandate is going viral online, by Trump supporters (accurately depicted in the four rows shown) and confused democrats alike. [embed]https://www.youtube.com/watch?v=vPRfP_TEQ-g[/embed] He's now appealing die hard young Trump advocates, or as I like to call them "Trump Jeugen". He's celebrating the support of young men who have made such statements as “I'm a young guy who is immature, a bit antisocial, and with no plans for kids or a wife ever. At some level, I don’t really care how things go with America as long as it’s fun to watch,”(The Atlantic). As long as it's support, he's acknowledging and encouraging it, which makes his audience feel appreciated. [caption id="" align="aligncenter" width="1180"]

"I don't have a thing to offer society, so I really just want to watch the world burn..."(probable quote)[/caption]

The Bad (Donald vs. Trump)

As Pierce Csurgo pointed out, content marketing survives on the clearly defined audience, which Trump has targeted, but the content has to be consistent. This is where Trump has faltered amongst all the rabble as he fails to maintain a solid stance on any of the issues he's commented on. Stephen Colbert hilariously pointed out his ever changing opinion on his opposing candidate Ted Cruz, the people of Iowa and Hilary's foreign policy experience. [embed]https://youtu.be/WpKiP_gmDS8[/embed] This kind of flip flopping is going to deter wavering voters from supporting someone who can say whatever's on his mind, but fails to stand behind it. This is very poor content marketing, and something to take note of if your brand thrives on bold statements just like Trump. It demonstrates he does not have a clear platform, to the point that it is laughable.

"Donald Trump is leading the pack among candidates for the 2016 Republican Party nomination in the latest batch of polls."- Time Magazine

The ugly truth of it all is that the man is still finding an incredible amount of success despite his lack of experience and brash comments. So in conclusion Dear Readers, when approaching content marketing, certainly focus on relevant and beneficial content like Trump, but backed by unwavering, clear promises to your targeted consumer base. Having a strong brand and principles will stop you looking as silly as the Trumpster can.

Especially in his own merchandise.[/caption]
got a project or
partnership in mind?